To use Vapor on macOS, you just need to have Xcode 9.3 or greater installed.

Install Xcode 9.3 or greater from the Mac App Store. 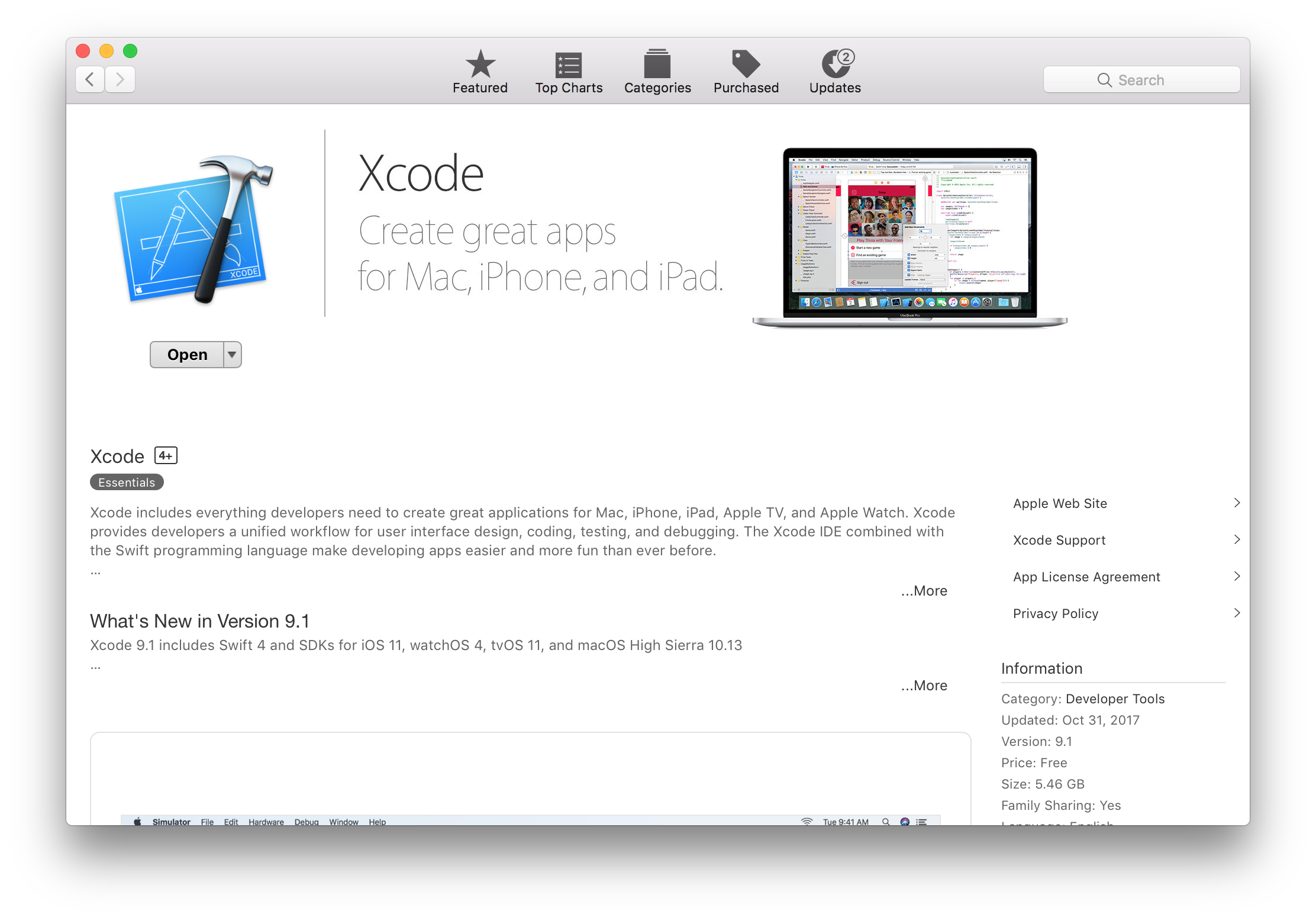 After Xcode has been downloaded, you must open it to finish the installation. This may take a while.

Double check the installation was successful by opening Terminal and running:

You should see output similar to:

Now that you have Swift 4.1, let's install the Vapor Toolbox.

The toolbox includes all of Vapor's dependencies as well as a handy CLI tool for creating new projects.

If you don't already have Homebrew installed, install it at brew.sh →

Double check the installation was successful by opening Terminal and running:

You should see a long list of available commands.

Now that you have installed Vapor, create your first app in Getting Started → Hello, world.